WASHINGTON POST- A powerful new form of medical marijuana, without the high 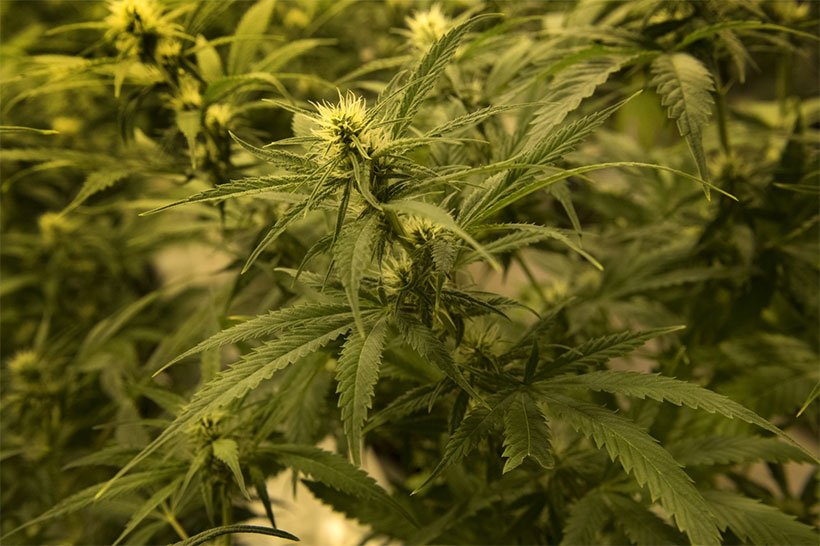 By David Kohn
Jackson Leyden had always been a healthy kid; he practiced taekwondo, and he played lacrosse and baseball. But in 2011, a few months after his eighth birthday, he began having seizures several times a day. Many were brief, a half-minute of staring into space, but he also had severe episodes in which he would collapse, sometimes injuring himself. Over the next two years, he was hospitalized about 50 times, and he missed much of fourth and fifth grade.
His parents took him to more than 20 doctors around the country, and he tried more than a dozen medications. Nothing worked. Two years ago, the Leydens were at the end of their rope. They decided to see whether marijuana might help. (Medical use of the drug is legal in the District,where they live, and the Leydens found a doctor willing to work with them.) In 2014, Jackson got his first dose of cannabis.“Within a few days, he was having hardly any seizures,” says his mother, Lisa. “I was shocked.” Over the next few months, he stopped taking other medications.Not only did the medicine help, it did so without making him high. The strain of marijuana that Jackson takes is unusual: It contains high levels of cannabidiol, or CBD, one of the two main molecules in marijuana; the other is tetrahydrocannabinol, or THC. While THC is famously mind-altering, CBD is not.

Over decades, researchers have found that THC may help treat pain, nausea, loss of appetite and other problems, while CBD was thought to be biologically inactive in humans. But in the past 10 years, scientists have concluded that CBD may be quite useful. Dozens of studieshave found evidence that the compound can treat epilepsy as well as a range of other illnesses, including anxiety, schizophrenia, heart disease and cancer.

Now 13, Jackson — whose diagnosis is undetermined — continues to use marijuana every day. (Like many patients, he ingests it in droplet form, which allows for more precise dosing and avoids lung problems.) He still has seizures, but they are less severe and they occur once every week or two, down from around 200 a month before he started using cannabis. He is back in school full time and is well enough to go on hikes and bike rides with his family.

Thousands of people around the country are using high-CBD marijuana.

“This is a really powerful compound,” says Mikhail Kogan, the medical director of the George Washington University Center for Integrative Medicine. “I’ve seen it work for a lot of my patients.” He prescribes high-CBD strains of cannabis regularly for such illnesses as epilepsy, post-traumatic stress disorder, anxiety, autoimmune disorders, autism and insomnia.

In the cannabis plant, CBD and THC generally have an inverse relationship: The more THC there is, the less CBD, and vice versa. In recent years, growers have bred some plants to contain high levels of CBD. Some say the two compounds work synergistically and that for many ailments, combining CBD and THC is best.

What makes CBD especially appealing is that it doesn’t get the user high. Most recreational marijuana users want this effect, of course, but many patients would rather avoid it. This has allowed CBD to sidestep many of the political, legal and medical concerns that have hindered the spread of medical marijuana.

“CBD has been a game-changer for medical marijuana,” says Martin Lee, the director of Project CBD, a Northern California nonprofit that promotes use of the compound. “Its safety and lack of psychoactivity undermines any argument that it should be illegal. It’s really shifted the national discussion on this issue.”

What we can learn about legal marijuana from Washington, Colorado and Oregon.(Daron Taylor, Danielle Kunitz/The Washington Post)

As more scientists recognize the compound’s potential, there has been an “explosion of research,” according to Pal Pacher, a pharmacologist and cardiologist at the National Institutes of Health in Bethesda. He has been studying the chemical for more than a decade; his work has shown that CBD may have benefits in both heart disease and diabetes.

One key area of CBD research is epilepsy. Several scientists are focusing on its potential to reduce seizures, especially among those for whom other treatments have failed. “We’ve found significant positive effects with CBD,” says New York University neurologist Orrin Devinsky, who studies the compound for severe childhood epilepsy.

In a study whose findings have not yet been published, he and a colleague, Daniel Friedman, found that patients receiving CBD in addition to their usual medicines had 39 percent fewer convulsive seizures than patients who remained on their normal drug regimen. Given that the study included only the most treatment-resistant patients, this is an “excellent response,” Devinsky says.

Much more research is needed, he says, to establish whether CBD works, and if so for what conditions, but he understands that severely ill patients, or their parents, may not want to wait for this data: “If other drugs don’t work, it’s certainly reasonable to try this.”

The compound has also shown promise in treating anxiety, depression and schizophrenia. Much of this work has been in rats and mice, but several studies have found benefits for humans. For instance, German researchers showed in 2012 that giving CBD to schizophrenic patients reduced psychotic symptoms such as hallucinations and disordered thinking.

CBD seems to have anti-cancer properties, too. At the California Pacific Medical Center Research Institute in San Francisco, researchers Sean McAllister and Pierre Desprez have found that CBD can block cancer cells from metastasizing.

It’s not clear how CBD works. This is partly because it stimulates multiple biochemical pathways, which may account for its wide range of effects. The compound is a powerful anti-inflammatory and antioxidant, and it increases levels of the neurotransmitter serotonin as well as another molecule, anandamide, which reduces pain and anxiety.

Francisco Guimaraes, a pharmacologist at the University of Sao Paolo in Brazil, has found that it increases growth of new neurons in the brain, especially in the hippocampus, a region that plays a key role in depression and anxiety.

But studying CBD is not easy: Scientists complain that laws and regulations put excessive constraints on their work. Although it doesn’t make users high, CBD (both the molecule and CBD-rich cannabis) is classified by the federal government as a Schedule 1 drug, which means they have high potential for abuse and no accepted medical use.

The list includes marijuana (undifferentiated by strain) and heroin. (While the federal government oversees marijuana research, marijuana use is regulated, in part, by state laws.) As a result, scientists who study the compound must follow a host of restrictive rules. Last year, responding to a request from several governors to change marijuana’s designation, the Drug Enforcement Administration announced that all cannabis would remain a Schedule 1 drug.

“It’s ludicrous and arbitrary,” according to Devinsky, who says getting government approval for his epilepsy trial required dozens of hours of extra work. Like most scientists who study the compound, he uses almost pure CBD. Although not at all psychoactive, it must be kept in a heavy safe with an alarm system.

Even as the research proceeds, thousands of people are using CBD as medicine. A British pharmaceutical company, GW Pharma, has developed two CBD drugs: Sativex, which contains a 1-to-1 ratio of CBD and THC, and Epidiolex, which is pure CBD. The former is prescribed for the painful muscle spasms that occur in multiple sclerosis, while the latter is aimed at childhood seizures. Sativex is not available in the United States, but it is approved in 29 other countries, including Canada, England and Israel.

Epidiolex has not been cleared for sale anywhere in the world; GW Pharma says it expects to begin the approval process with the Food and Drug Administration next year.

And thousands of Americans are using strains of cannabis with a strong CBD content. Advocates and medical marijuana dispensaries agree that as awareness about CBD grows, so does demand.

Stephanie Kahn, who with her husband, Jeffrey, runs the Takoma Wellness Center, a medical marijuana dispensary in Northwest Washington, says that about half of her 1,200 patients use CBD-rich products. Her dispensary offers several strains of high-CBD cannabis as well as CBD oil, with different ratios of CBD and THC, each of which she recommends for particular conditions. “We get questions about it every day,” she says. “A lot of our patients get relief with this, and a lot of times this works better than pharmaceutical drugs.”

The cost of treatment varies: Depending on the dispensary and the dosage, it can range from around $100 a month to more than $1,000. Despite the cost, which is not covered by insurance, CBD medicines are drawing great interest for children with severe, intractable epilepsy. California and Colorado, which were among the first states to legalize medical marijuana, have become hot spots for such patients. Before other states legalized medicinal CBD use, some families moved to these states so they could have access to the compound.

One of the most experienced practitioners in this field is Los Angeles physician Bonni Goldstein, who has used the compound to treat dozens of children with intractable epilepsy. She says about half of these patients have seen a significant drop in the number of seizures. “Used in the right way, with the right patient, CBD is extremely powerful,” she says.

Yet even those who believe in this power recognize that CBD medicine remains largely unexplored: Treatments are not systematized, many products are not standardized or tested, and patients (or their parents) are generally left to figure out dosing on their own. While some suppliers and dispensaries test the CBD and THC levels of their products, many do not. “We really need more research, and more evidence,” Kogan says. “This has to be done scientifically.”

For Lisa Leyden, Jackson’s mother, these issues don’t negate the compound’s enormous potential. “I realize this isn’t perfect,” she says. “We absolutely need to know more. But in the meantime, many people need help. They’re in bad shape, and this seems to work.”