Can CBD Help you Lose Weight? 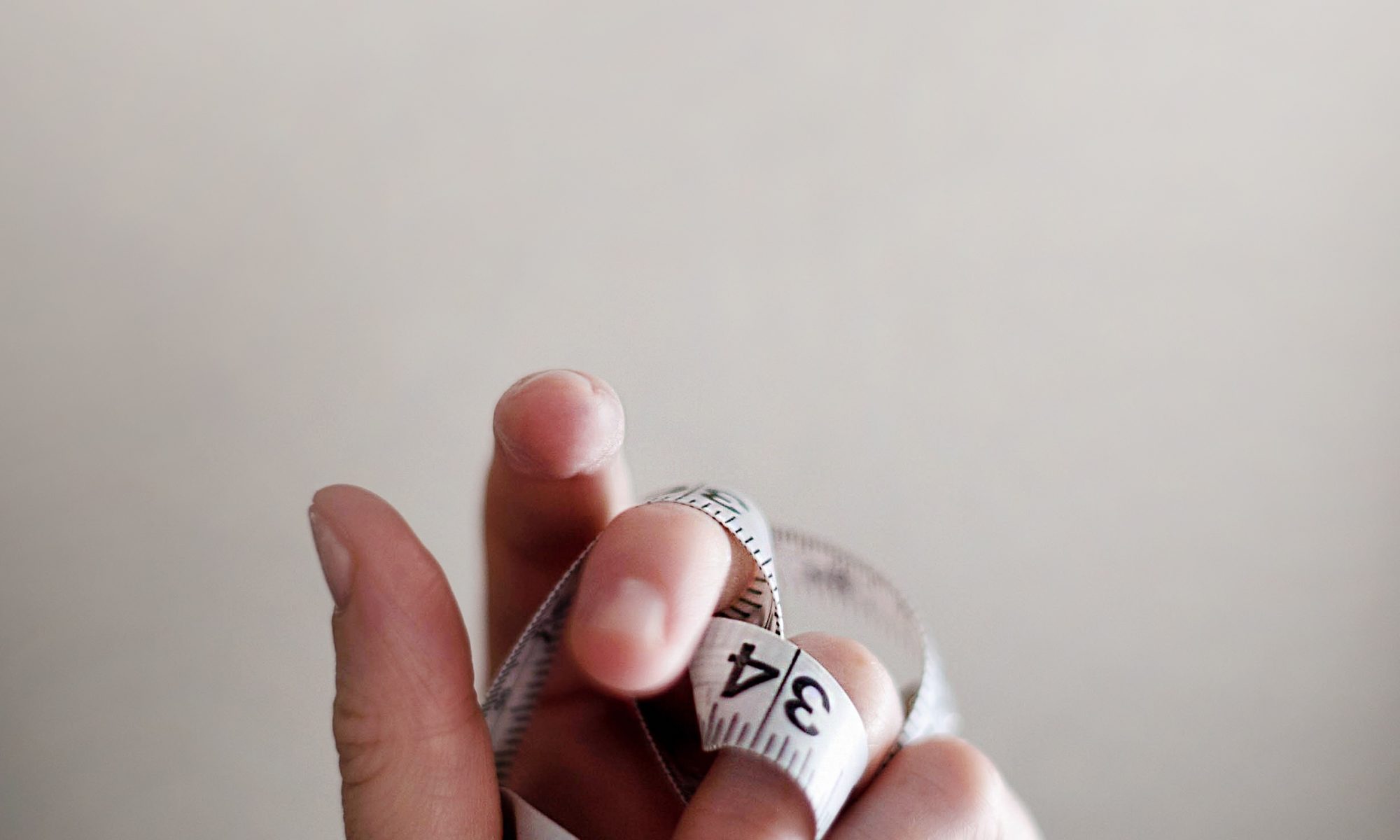 Can CBD curb your appetite? Quash anxiety? Protect your heart and brain? Anecdotal evidence for these and other health benefits has created a surge, a potential tsunami of demand for CBD products. While the FDA recently declared CBD an illegal, Schedule 1 drug, it’s being sold in states where medical cannabis is legal, and some companies are shipping it across state lines.

I’d been hearing about the healing properties of CBD for years, but I had not heard that it cuts your appetite until I spent time with Dr. Allan Frankel, a renowned internist in Los Angeles who’s one of the country’s pioneers in “dosed cannabis medicine.”

Frankel, 66, who’s short and energetic with impressive dark eyebrows, has paid a price for cutting this path, but he’s paving the way for rigorous, professional medical treatment using cannabis. Most of the four million medical marijuana patients in the U.S. get their license recommendations from a doctor they never see again.

They go to a dispensary, ask what’s good for migraines or whatever ails them, and the bud tender, a low-wage worker with no medical training, offers what often turns out to be bad advice. Misinformation is rampant, and most people have no clue how to use it.

Frankel runs GreenBridge Medical, which he founded in 2006, like an internist’s office. He begins with a one-hour consult, comes up with a treatment plan, and recommends products for which he designed the formulas: ten oils with different combinations of THC and CBD. (THC gets you high; CBD doesn’t, but is alleged to have strong healing properties) The #1 oil is almost all CBD, #10 is almost all THC, and #5 has equal amounts of both. So the doctor, patient, and dispensary know how many milligrams of what chemicals the patient is taking, and the doctor can adjust the dose as needed.

By contrast, products sold at dispensaries may be labeled, “13% THC,” but they don’t say how many milligrams you get per puff or drop or bite. Frankel says, “What the hell is medicine if you don’t know what’s in it?”

During a day at his office, I saw three patients who’d had success with CBD. The first was Sawyer Maddox, five, from Atlanta, who’d been diagnosed at three with a rare form of epilepsy, Doose Syndrome, which is resistant to medication. He was having more than 200 seizures a day, where he’d drop face first on the floor. His parents fitted him with a catcher’s mask for protection, and carpeted their home with foam to cushion his falls. The pediatric neurologist they saw in Atlanta gave him meds that made things worse. Desperate, the Maddoxes, a conservative Baptist family, flew to California to see Frankel. He started Sawyer on #1 oil, and three months later, the boy was seizure free.

The next two patients were women, Brigitte Bedi, a slim, blonde yoga teacher, who suffered severe brain damage in a car crash, and Tanya Lynn, from Canada, who had myasthenia gravis (MG), an autoimmune disease that weakens the face and throat muscles, so it’s hard to speak, swallow and breathe. Both had been given meds by their doctor that caused unpleasant side effects, and had been told they would not get any better. Frankel treated them with different cannabinoid oils, and within 12 to 18 months, both werebetter and leading normal lives.

This strains credulity. How could one plant substance heal brain damage, seizures, MG, Parkinson’s, cancer, migraines, anxiety, panic attacks, uterine fibroids, tinnitus, and a long list of other conditions—attested to not only by Frankel but research scientists in many countries?

Frankel also asserts that CBD reduces appetite—the opposite of THC, which triggers hedonic over-eating. I hadn’t read this anywhere, so I invited two friends, Tina and Cha Cha, to try it with me. We would soon be calling ourselves the Ladies Weed Detective Society. We squeezed a few drops of CBD-infused oil under our tongues and waited. An hour later, at the time we’d planned to have dinner, we noticed we weren’t especially hungry. All thoughts of food had been swept away. If this effect were widely known, Tina said, “Cannabis would be legal in twenty minutes.”

CBD is not always effective, though. Frankel estimates that he has a 60% success rate in treating patients using cannabinoids, which is notable, given that 90% of his patients are referred by doctors who haven’t been able to help them with conventional treatment and drugs. The patients often tell Frankel, “You’re my last resort.”

Frankel puts his hand on his heart. “Imagine the pressure!” he says. A complex soul, whose parents survived the Holocaust, Frankel says that when his patients don’t get better, he’s sad and disappointed, and starts to question if he’s wasting people’s time and money. “But then ten people will get better, and I feel… grateful. It makes me confident I’m on the right road, on the right side of history.”

He keeps careful records because, he says, it’s important to know when CBD doesn’t work and why. “Maybe a different dose or combination of cannabinoids will work the next time? But it’s scary, and risky, because I’m alone.”

Frankel had rarely tried cannabis until he was 49. He was a partner in one of the most successful practices in West Los Angeles and a clinical professor at UCLA Medical School. He’d been my family’s internist for 15 years, and I found him a skilled diagnostician, who listened carefully, and who cared. He had to quit practicing in 2000, after he’d suffered a disabling back injury, then developed a viral infection of the heart and was told he had six months to live. Some of his cancer and AIDS patients urged him to try cannabis. “They did a reverse intervention,” he said, and a year later, his heart was normal. He can’t be certain how or if cannabis healed his heart. “I’d been depressed and CBD stopped the depression,” he said. “It gave me something to look forward to. My brain was turned on.”

He did exhaustive research. He found there’d been decades of scientific studies on the effects of THC and CBD on cells and animals, but few trials with humans, because the FDA classifies cannabis and all its components as Schedule 1 drugs, which have “no accepted medical treatment use.” It took Sue Sisley, an Arizona physician, seven yearsof struggling with bureaucratic hurdles before she received the first FDA approval for a study, just beginning, of marijuana with vets who have PTSD.

Frankel grew plants, crossed strains, and tried them on friends as well as himself. Working with chemists and professional growers, he developed formulas for whole plant oils, which are manufactured independently and for which he receives no compensation. In 2006, Frankel felt he’d learned enough to open a new practice as a cannabis medical consultant.

In 2007, he was investigated by the California Medical Board and in 2008, his license to practice was suspended. He fought this in court, losing his house to pay legal bills, and in 2011, his license was reinstated. During those “hard years,” he said, he hired other doctors to write recommendations for medical marijuana licenses, then Frankel advised the patients how to treat their ailments. “I could have quit and taken a job that paid well, but I kept asking myself, what’s the best thing I can do for my patients?” He thought about what his parents had suffered in Auschwitz. “Why should I crumble because the medical board takes away a piece of paper? I was willing to fight for something I feel is absolutely good—because of its efficacy and lack of side effects.”

I asked if he knew why CBD is so broadly effective. Could it be a gigantic, all-purpose placebo? He shook his head. His theory is that it’s an essential nutrient, like vitamins and amino acids, and when there’s a deficiency of CBD, people get sick. Because CBD brings the body into homeostasis, or balance, it can work in two directions: cutting appetite in people who over-eat, and increasing appetite in those who need to eat more.

Are there cases, I asked, where CBD should not be used? He thought a moment. “No. It protects your brain and your heart, helps you control your weight, and at the same time calms you down.” He smiled. “CBD is awesome nutrition.” Then he sang, to the tune of the Saralee commercial, “Nobody doesn’t like CBD.”