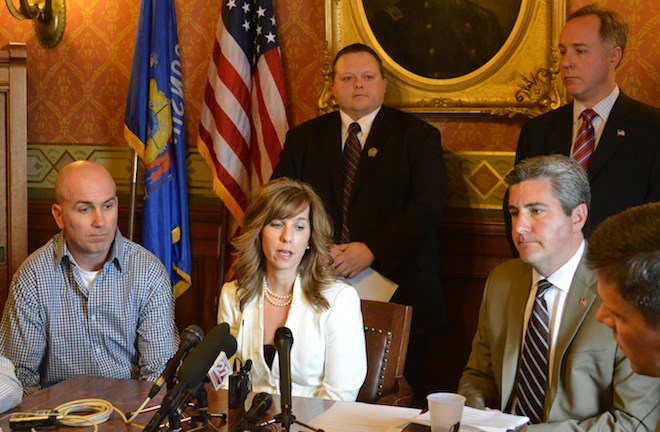 A long saga to legalize CBD oil for medical treatment is expected to come to an end next week.

A vote on state Assembly Bill 49 – which would make it legal to possess cannabidiol, or CBD oil, with a doctor’s permission or statement of need – will take place Tuesday in Madison. The session is scheduled to begin at 1 p.m.

A public hearing on the bill was held Feb. 15, and the companion bill has already passed in the state Senate.

“I am incredibly confident,” Vos said in a telephone interview Tuesday. “We’ve had a good turnout, a lot of positive advocates.

“Hopefully, very soon, anyone using the oil in Wisconsin can do so without worrying about negative repercussions,” he added.

Vos, a Republican from Rochester, and State Sen. Van Wanggaard (R-Racine) have been working to pass the bill, which corrects a flaw in the 2014 “Lydia’s Law” legislation. That law, pushed by advocates of a strain of CBD Oil called Charlotte’s Web that has worked on some youngsters with seizures, required essentially an FDA investigational license to make it work.

The law was named for Lydia Schaeffer, who died in May 2014 waiting for the oil as a potential seizure treatment. Her mother, Sally, has been one of several parent supporters who worked not only to get the original bill passed, but to fix the legislation over the past three years.

“I’m incredibly happy that it’s finally going to get to Gov. Walker’s desk,” Vos said. “I’m just disappointed that it took this long.”

State lawmakers attempted to push through an amendment last spring to the law, but it was shut down on the Senate floor. One of the key opponents to that change, State Sen. Leah Vukmir, is now on board.

Vos said the decision was made to put the bill before the Senate first to make sure the group was on board.

“I wanted to make sure they were engaged,” Vos said. “I wanted to let him and Leah pass it because we’ve (the assembly) done it multiple times.”

If the bill passes next Tuesday, it will remain on Vos’s desk until the governor calls it for a signing. Vos said that is usually within a month of when it passes the Assembly.

Sally Schaeffer said she is glad for the continued support from Vos and Wanggaard.

“I’m thankful Robin Vos and Van Wanggaard have continued to champion this effort,” she said. “I’m hopeful this is a step in the right direction for treatment options the people of Wisconsin have been asking for.

“While it is too late for my daughter, many others may benefit in the future,” she added.